My Baby is One! So Here’s a Long-Winded Story

When I was five weeks pregnant with Elden (literally days after I took the pregnancy test), I had a dream about him. The dream was unlike any dream I’d ever had – so vivid and elaborate and lucid – and I remembered every single detail when I woke up the next morning.

The dream spanned my whole pregnancy, which from the beginning was fraught with complications – early bleeding, uncertainty, fear. Then my baby, a boy, was born – several weeks early, teeny tiny itsy bitsy, with a head full of dark hair. We named him Alden (which later morphed into Elden). I looked down at him and felt a surge of love, and then I woke up.

I thought about this dream all throughout my pregnancy. The details never faded, and I still to this day remember the feeling I had when I woke up.

So at my eight week ultrasound (real life, not dream life), I wasn’t so surprised when they told me they’d found a subchorionic hemorrhage lining my uterine wall, which put me and my baby at increased risk of miscarriage. They started doing bi-monthly ultrasounds. I also wasn’t surprised when at my 16 week ultrasound they told me it was a boy – I already knew it was. At my 20 week anatomy scan, my doctor informed me that my baby was measuring far below the normal size for his gestational age – putting my pregnancy into the high risk category. We had ultrasounds every two weeks to track his growth until around 30 weeks, when we switched to ultrasounds once a week. At my 36 week ultrasound, the baby had stopped growing according to the doctor’s previous measurements, and we scheduled an induction for early delivery that night. Which didn’t surprise me – I knew all along he was going to come a month early, because of the dream.

We never settled on a name during the pregnancy (because we couldn’t agree haha), but I started calling him Elden in my heart from the very beginning. I tried not to. I made a list of over a hundred names. But I kept landing on Elden.

The night of the 18th I checked in at the hospital and my husband helped me get settled before leaving for home so the older kids could have a normal night of sleep. They were going to start me on pitocin at 8am the next morning, so we weren’t expecting the baby to come until the afternoon. On Grant’s way out, I said something along the lines of “if the baby is born with dark hair we have to name him Elden!” And he rolled his eyes. Our two older kids are complete towheads and were born that way, so the chances were slim anyway.

Sparing you the details, the pitocin wasn’t needed, and the baby surprised us all at 8:04 the next morning. Grant missed the birth, and the baby was taken to the NICU immediately – but not before I saw that he had a head full of dark hair. He weighed 4 pounds and 14 ounces.

I didn’t talk about the dream or my pregnancy complications much while I was pregnant (other than to close family members, who heard about the dream allllll the time ?). I felt a little crazy when I thought about how certain I was of the little details and circumstances of his birth. But now a year has passed, and I am struck by the timeliness of that dream. Honestly, I think the Lord gave it to me, knowing I would need it to help me get through a situation I never thought I would find myself in after two perfect pregnancies and births. Elden’s seventeen days in the NICU were the hardest of my life. But I’m beginning to see a beautiful picture of how God used my experience to teach me. I have learned so much about what it means to be a mom, what it means to love, and what it means to sacrifice. And even during the hardest moments, I knew that God had not forgotten me, and he had prepared me in the wildest way I could imagine.

If you like Elden’s shirt, you’re in luck because it is available in the shop (in kid and adult size). Click here to shop The Youthful Collection. 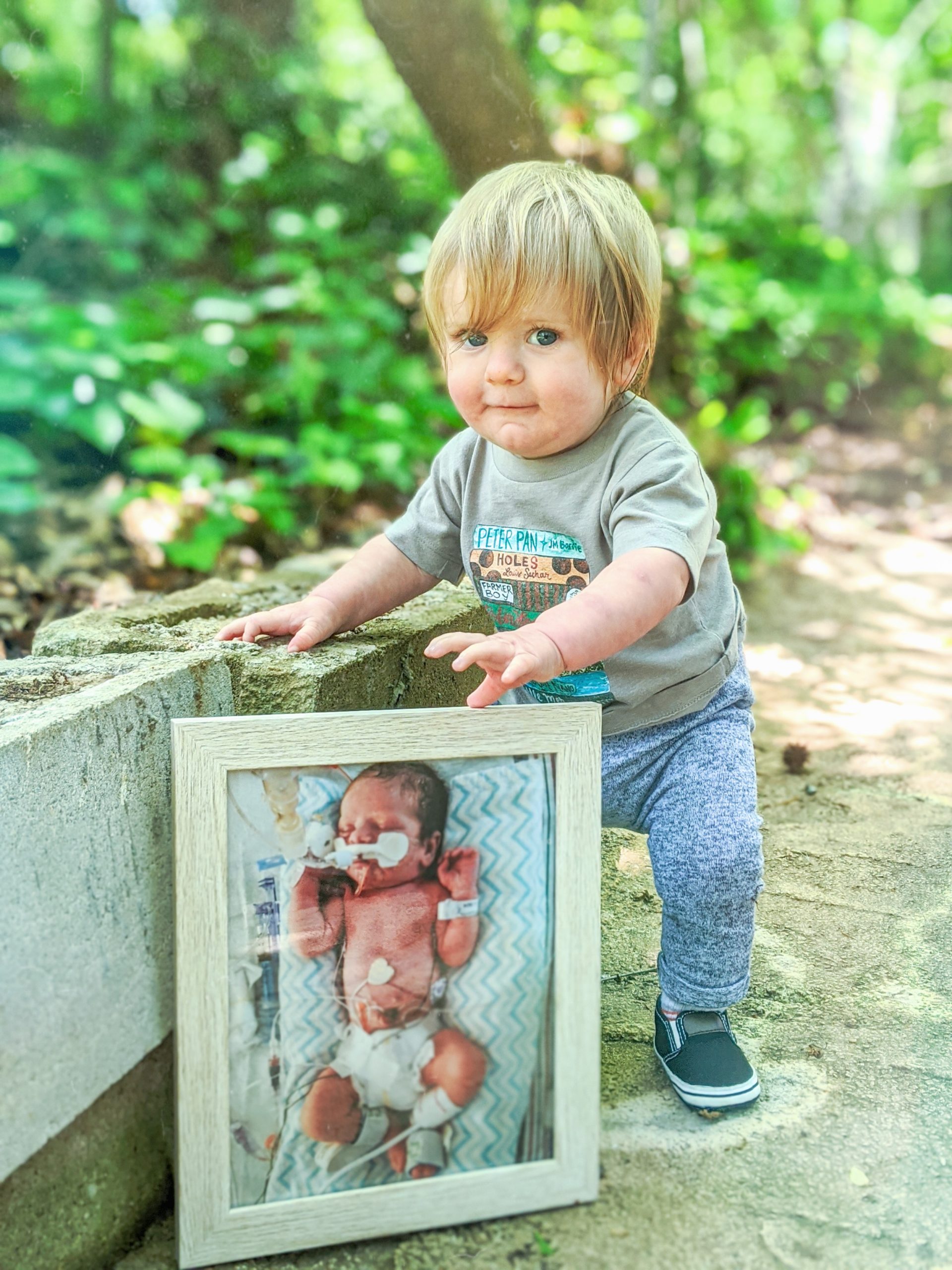 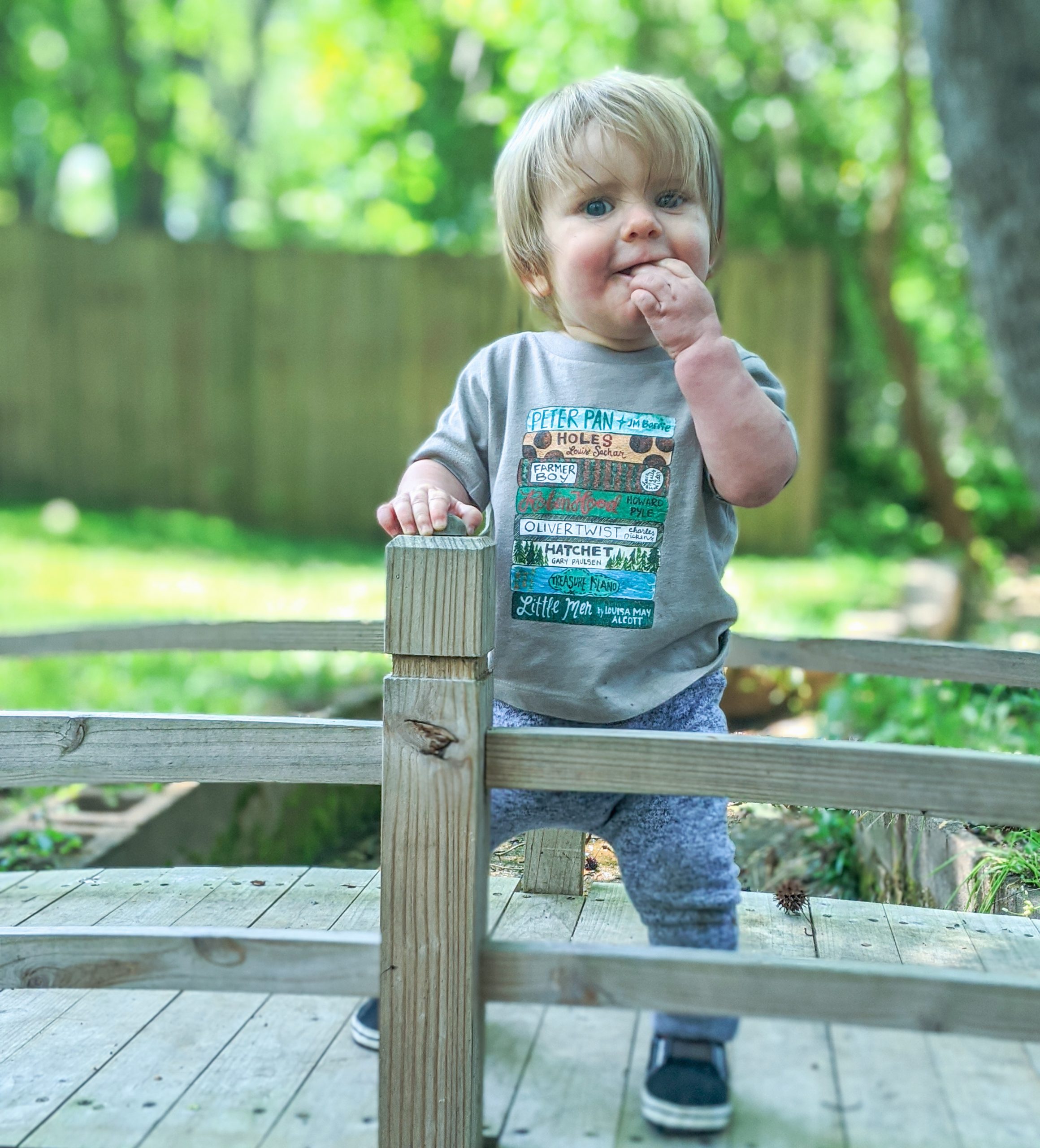 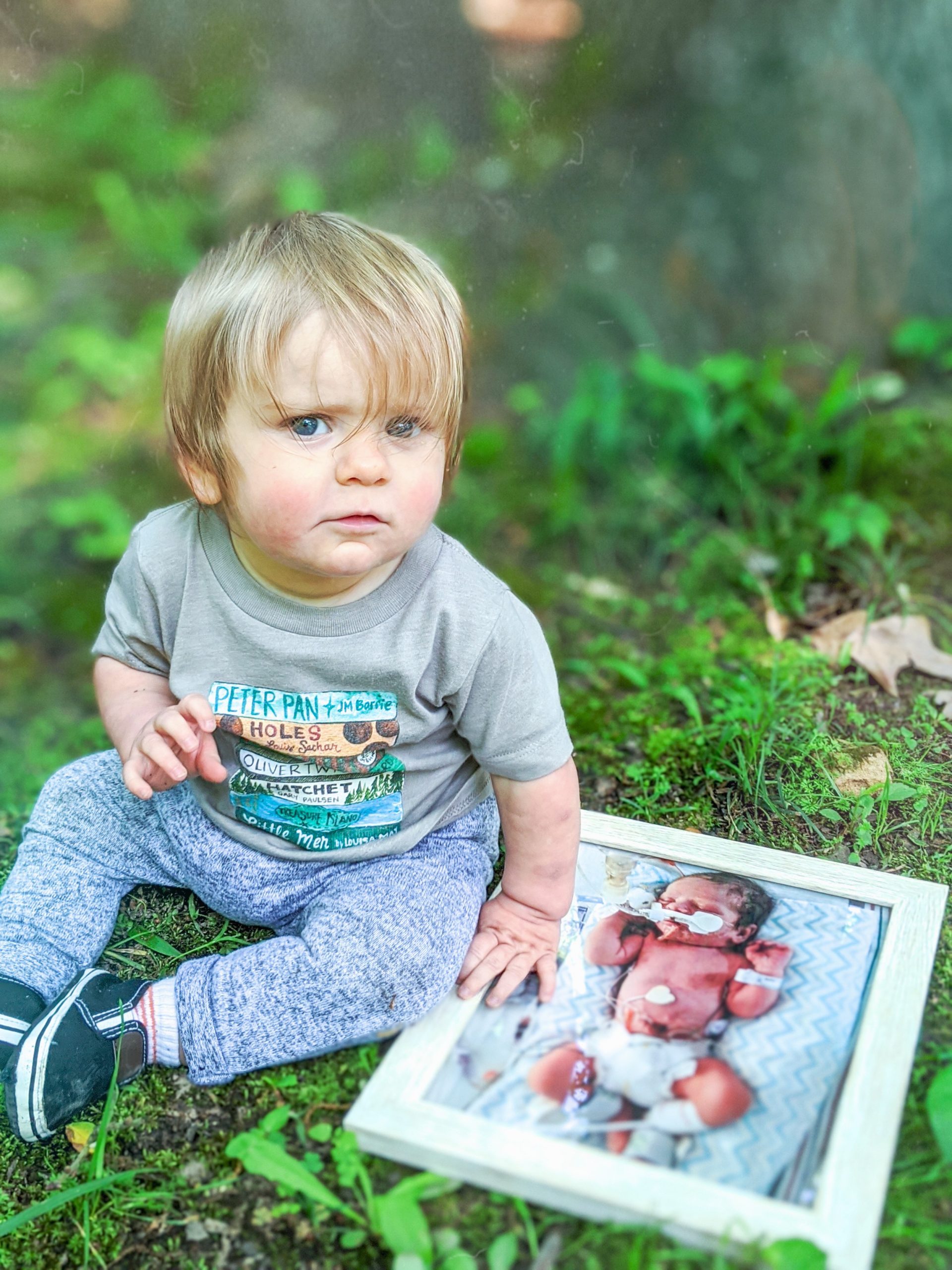