I am dropping several new bookplate designs in the shop in a few days, and I thought I’d take this opportunity to talk about what the deal with bookplates is!

What exactly is a bookplate, you ask? A bookplate is essentially just a label that is adhered to a book for claiming ownership. Bookplates are often decorative, and can be reflective of the time period in which they were created. Many bookplate users over the years chose bookplates based on their aesthetic preferences, and some even had bookplates specially created for their libraries. Bookplates were especially important in the time of private home libraries, a practice which has sadly died down with the passage of time.

An alternate name for Bookplate is “Ex Libris“, which is Latin for “from the books (or library) of”. Bookplates are generally placed on the first endpage or first blank page of the book.

The history of bookplates dates way back to the 1500s. During these times, nobles and barons employed bookplates as a means of protecting their precious books from thieving fingers. Eventually, authors, artists, and other famed people picked up on the tradition and starting marking the books in their personal library as well.

Some people wonder if placing a bookplate in a book devalues it. Here are my thoughts on that: Many celebrities, authors, and other famous people used bookplates in their personal books; if you can find a book with an authentic bookplate from one of these famous people – Edith Wharton or Robert Frost, for instance – you’re not only looking at a signed edition, but an edition that they read and owned. A very valuable thing! As for devaluing your own books – if you plan on owning a book forever, placing your name in it does not devalue it in the least. It might not make it valuable like a bookplate from Edith Wharton, but think of the value your name will have for the people you pass the book onto. Books are meant to be read, owned, loved, even – dare I say – marked up. A mark of ownership does not lessen the value of a thing whose purpose is to be owned.

Bookplates are a timehonored tradition in book culture. They have been a part of book owning for centuries, and I love being a part of that tradition.

I currently over 30 bookplates featuring my original artwork. Shop for them here. 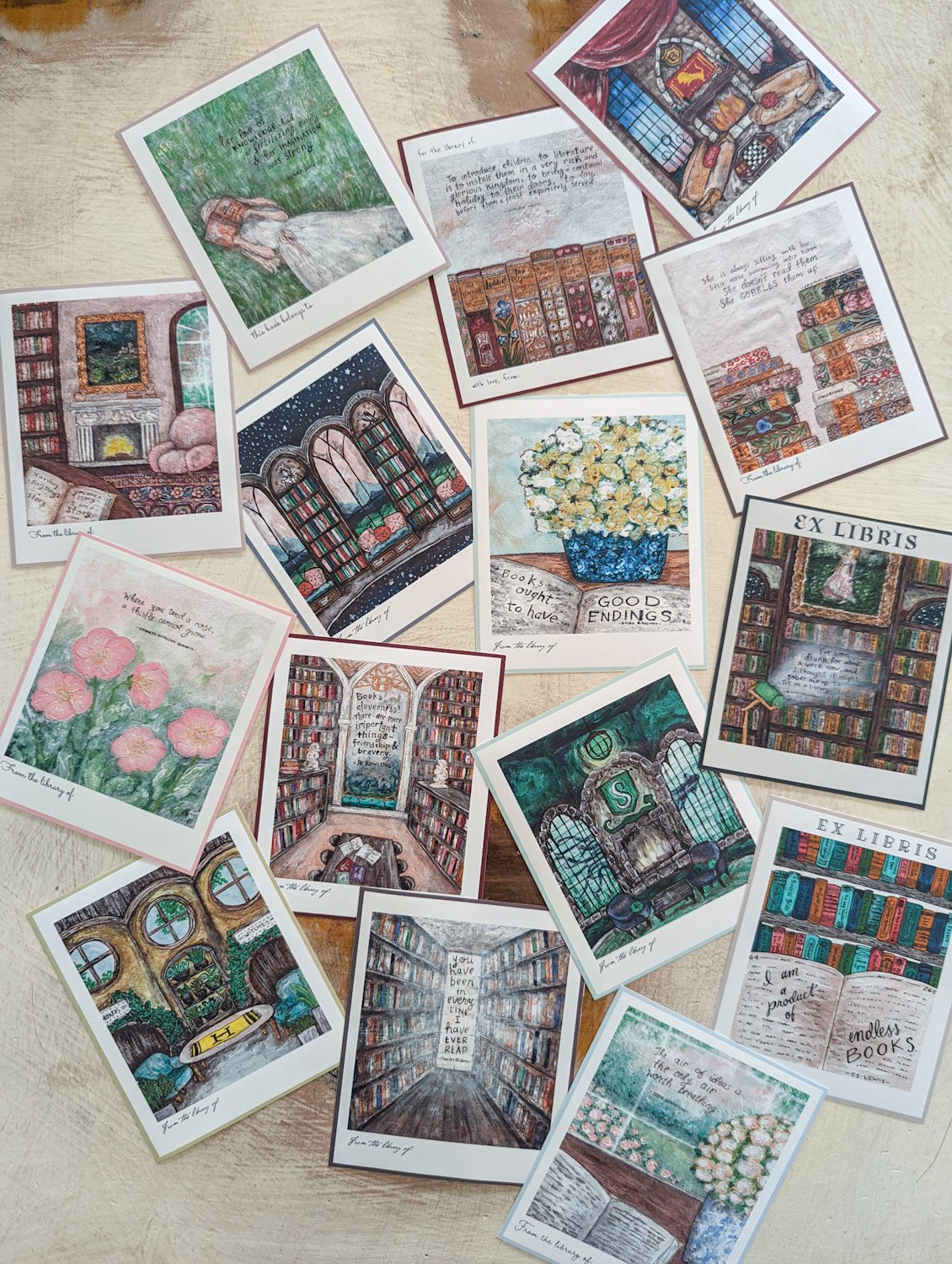 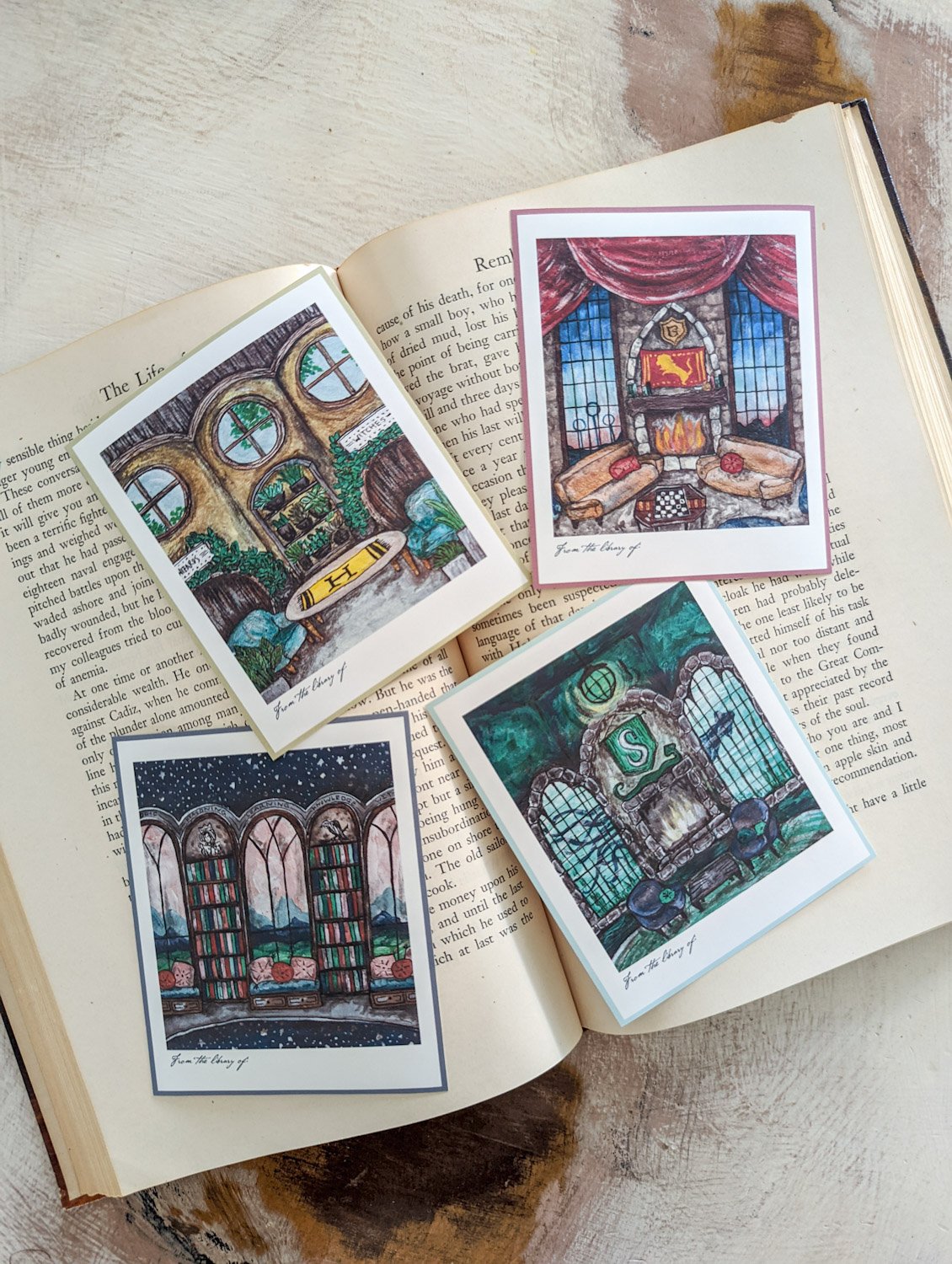 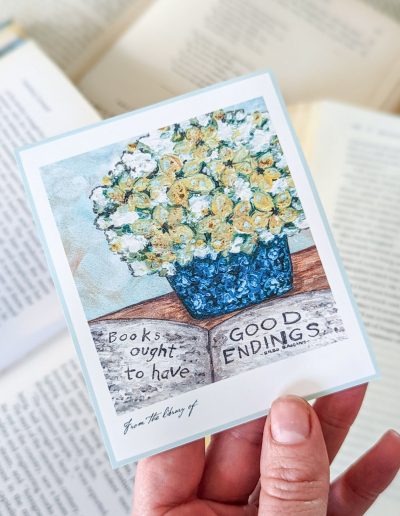 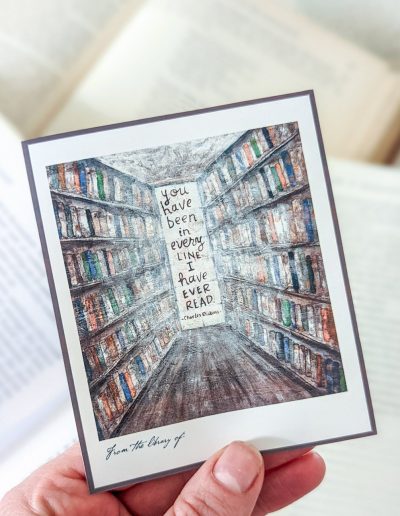 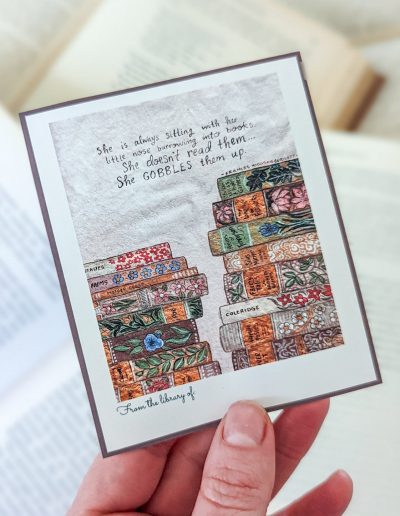 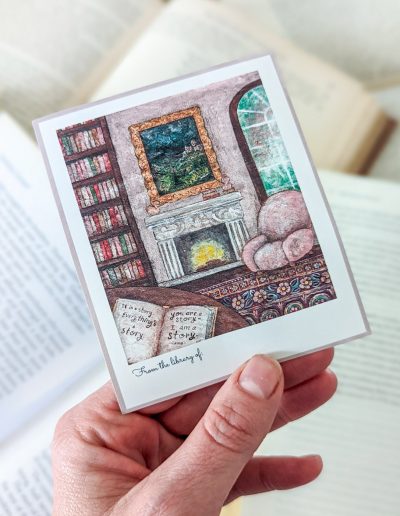 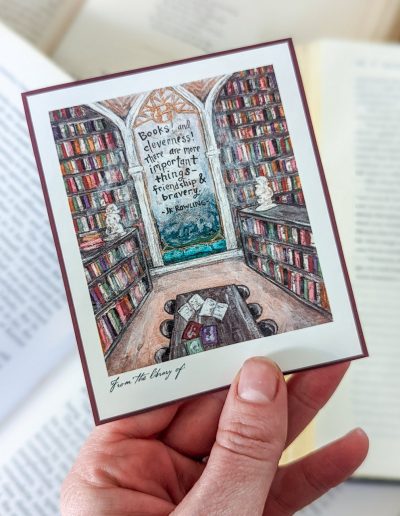 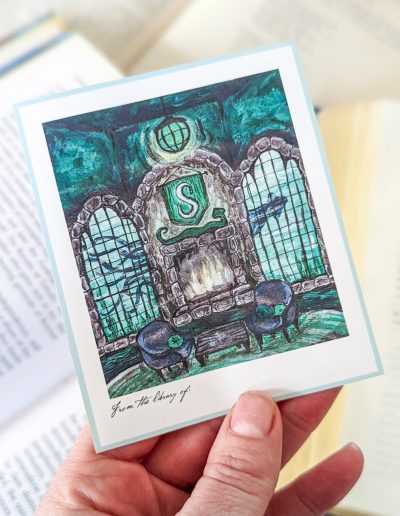 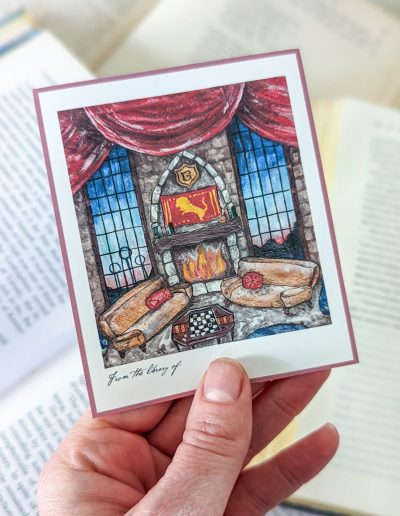 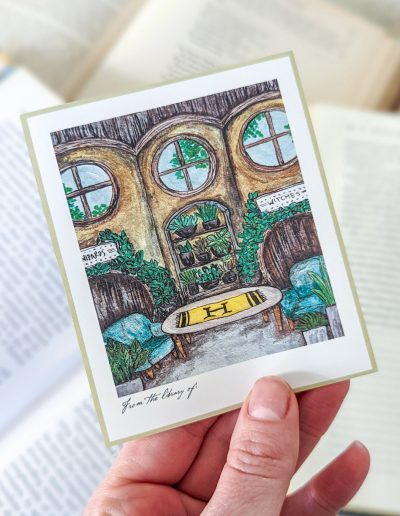 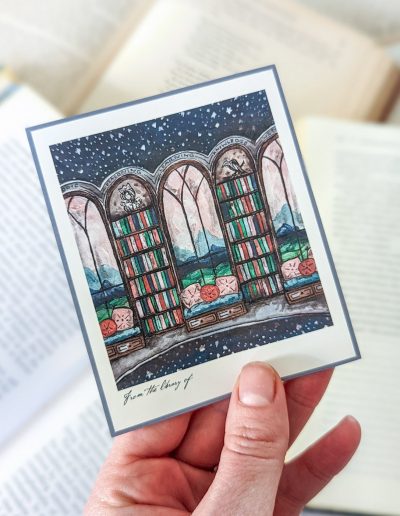 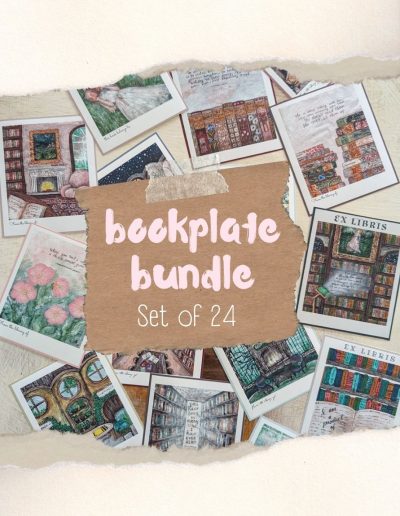 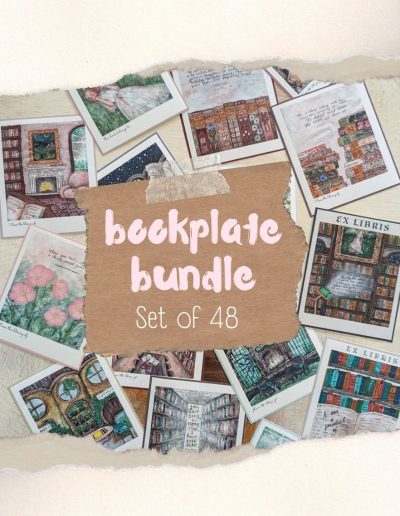