NEW BOOK: A Child’s History of England by Charles Dickens

In my quest to read the books that inspired my favorite authors, I’ve come across a ton of valuable, older non-fiction. Thus was born my Non-Fiction Collection. The Non-Fiction Collection by Sweet Sequels is a collection of notable works of non-fiction published pre-1930s. Selection ranges from philosophical and religious works, to histories, biographies, and nature guides.
.
On December 3rd I will be releasing a new book in the Non-Fiction collection:
.
A Child’s History of England by Charles Dickens
.
A Child’s History of England was published in 1853. It’s a fun and engaging account of England’s kings and queens, from ancient days to the reign of James the Second. Dickens originally wrote the book for his own children, who he hoped “it may help, bye and bye, to read with interest larger and better books on the same subject.”
Charles Dickens is one of the most popular novelists of all time. During his life, he was a social critic and a huge influence in society, so this little history book for children was a popular one. A Child’s History was included in British school curriculums well into the 20th century.
ABOUT CHARLES DICKENS:
Charles John Huffman Dickens (1812-1870) had a childhood that could have been straight out of one of his stories. When Charles was a child, his father found himself in debtor’s prison, forcing Charles, at the meager age of twelve, to work in a factory while living by himself in a dingy apartment nearby. The rest of his family lived in the prison with his father.
As a youth, Charles had a dream of owning a large estate called Gad’s Hill Place someday. He vowed to himself that he would be successful, despite his storied past and his father’s financial struggles.
In 1936, Dickens cemented his literary fame with the serialized novel Pickwick Papers. He continued to write in a frenzy for his adoring fans, a total of 15 novels over the course of his lifetime. In 1860, following the success of Little Dorrit, Dickens was able to purchase Gad’s Hill Place at last.
The most beloved of his works, A Christmas Carol, was written in just a few weeks time in 1843. It was met with such acclaim that a new genre of fiction was popularized – Christmas books. Charles Dickens was deeply connected to Christmas. His “Carol Philosophy”, as he called it, involved more than wanting the Christmas spirit to prevail throughout the year – it was a way of life.

This title will be available on December 3rd. 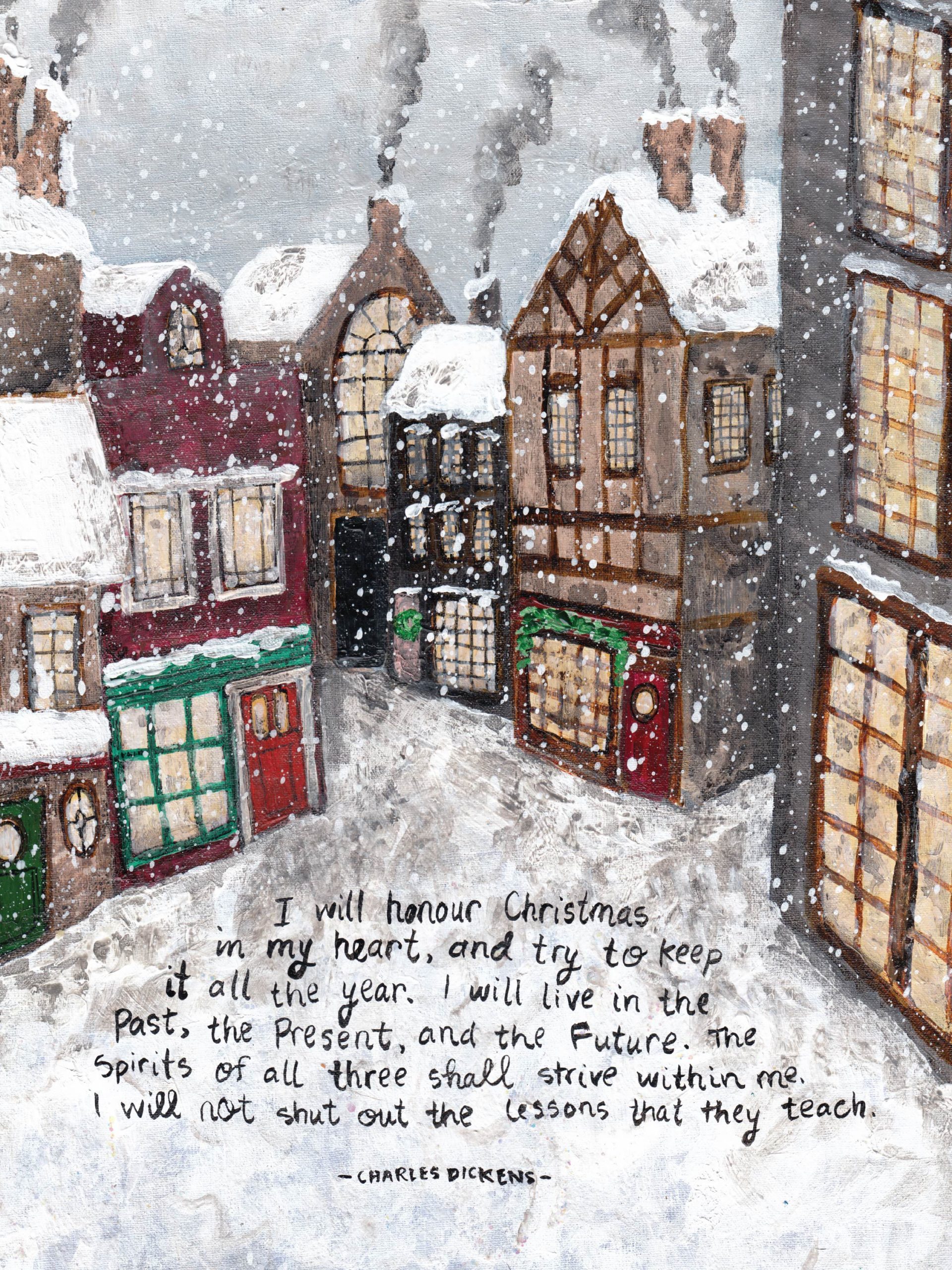