“One always begins to forgive a place as soon as it’s left behind.”

Before my review of the novel, I’d like to go into a little history. Charles Dickens’ father, John, was always a poor manager of his finances – so poor, in fact, that he landed himself in the debtor’s prison Marshalsea (sound familiar??). In those times, prisoners’ families could live in the prison with them – so John Dickens’ family did. All except Charles, who went to work in a boot-blacking factory to help earn money to get his father out of prison. Because the factory was too far from the prison, Charles was forced to live all alone in a run down apartment – at the meager age of 12. When he was a child, he always dreamed of living in Gad’s Hill Place, a house he often walked by as he went around Kent. John Dickens was released from prison after recieving an inheritance from a relative. They were there for only a few years of Charles’ childhood, but it was an experience that would forever affect him and cloud his judgment toward his father. John’s money problems did not end there, which was a constant source of stress for Charles.

Fast forward 30 years – Charles Dickens started writing Little Dorrit (published in serial form between 1955-1957). He visited Marshalsea for the first time since his father was released. He purchased Gad’s Hill House, his childhood dream! And he continued writing his famously popular stories. So imagine the head space Charles Dickens was in while writing this story. Bringing up his greatest shame, his childhood horror…perhaps writing the story was therapeutic. Little Dorrit is so much more interesting to me, knowing this history of Charles Dickens. He took so much inspiration from his own life that you can’t help but appreciate the novel.

Now onto my review. Little Dorrit, a long, elaborate, and extremely detailed novel, was Dickens’ critique on government bureaucracy and British Society as a whole. The Circumlocution office bits were particularly affecting, as were all of the scenes exploring the prison houses. Themes of physical and pyschological imprisonment permeate the narrative.

Little Dorrit, also known as Amy, is one of the sweetest literary heroines I have come across in my reading. She is compassionate, self sacrificing, and lives for those she loves. She was born in the Marshalsea Debtor’s prison and knows no other life – until her father is released. This turn in fortunes (Book 2) was so interesting to me. To see how the change in fortunes affected the characters really revealed their true spirit. Arthur Clennam, our main protagonist, is also admirable. I loved his integrity and determination.

The secondary characters really made the story though. Mysterious Mrs Clennam and all of her dark secrets. Mr Flintwich and Affery. Flora, Tattycorum, Ms Wade, the Meagles, the Beadles – it’s such a colorful array of characters!

I really enjoyed the mystery, the characters, the social commentary, the beautiful writing, and the touch of romance in this book. Like Bleak House, I hope to read it again someday – and I feel like I will like it even more the second time.

Purchase your own copy of Little Dorrit here. 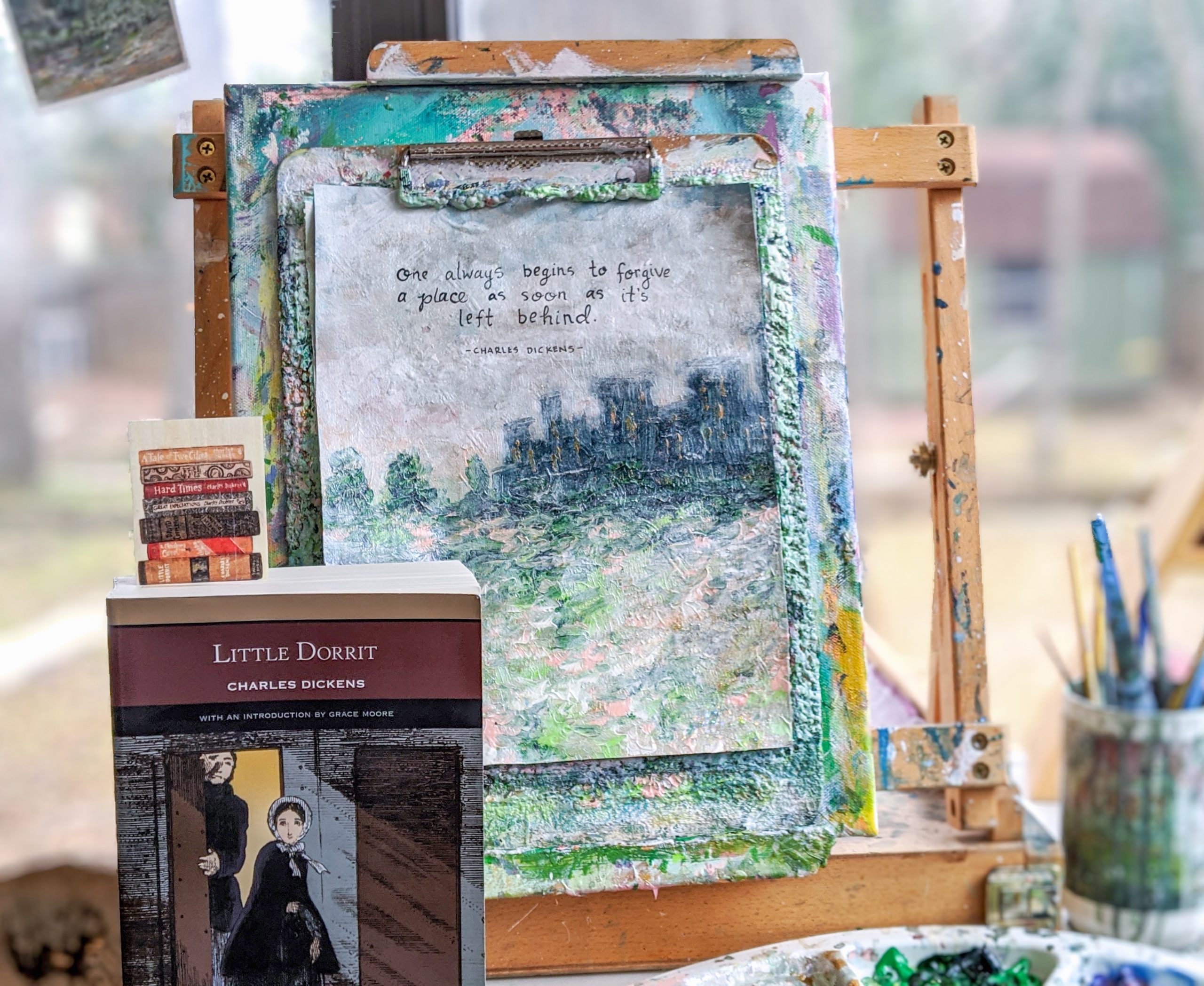 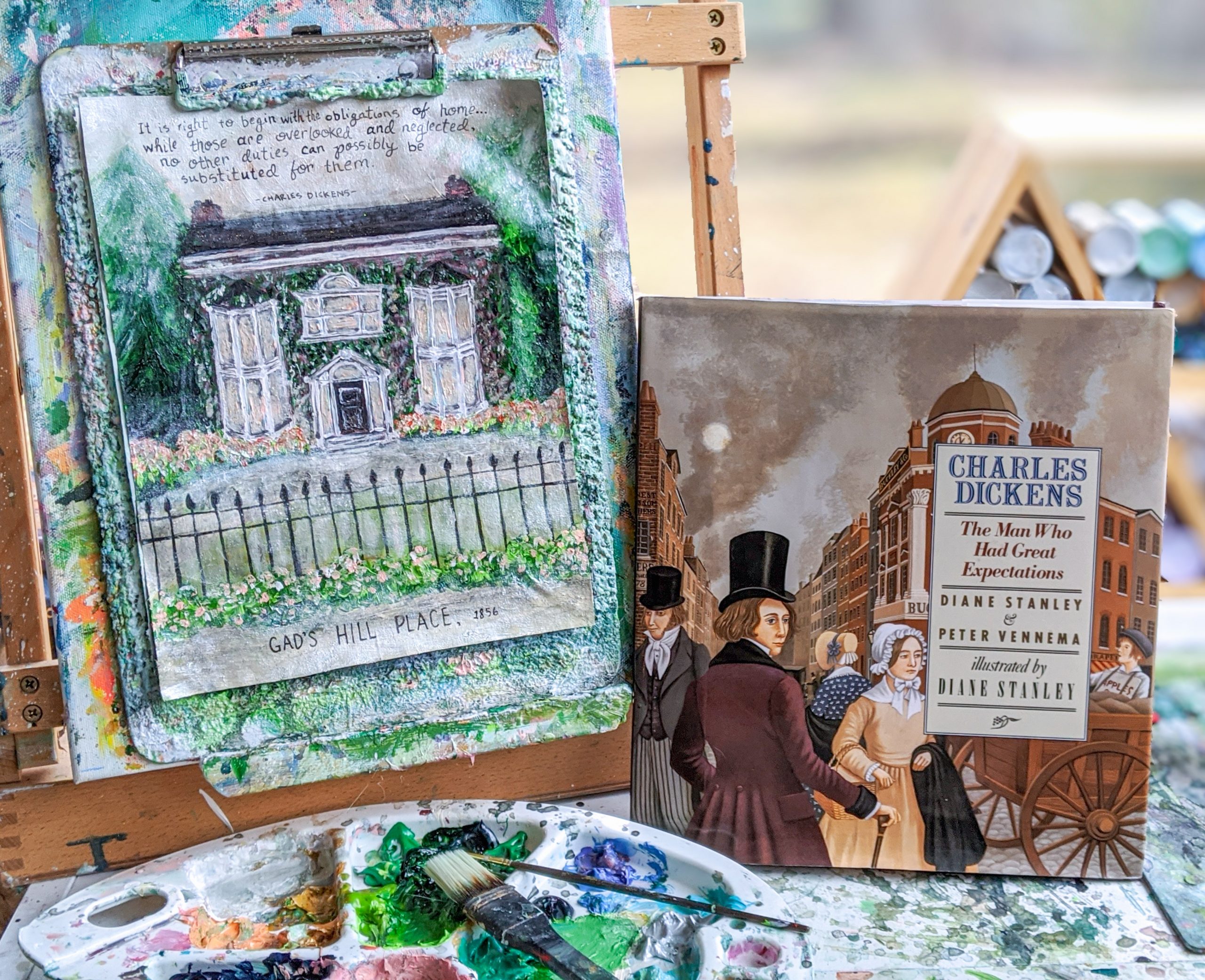