Another Non-Fiction: The Hope of the Gospel by George MacDonald

In my quest to read the books that inspired my favorite authors, I’ve come across a ton of valuable, older non-fiction. Thus was born my Non-Fiction Collection. The Non-Fiction Collection by Sweet Sequels is a collection of notable works of non-fiction published pre-1930s. Selection ranges from philosophical and religious works, to histories, biographies, and nature guides.
On August 1st I will be releasing TWO new books in the Non-Fiction collection, the second of which is:
The Hope of the Gospel by George MacDonald
George MacDonald was a Victorian Scottish writer and a Christian minister. He wrote theological works and was a pioneer in the fantasy genre – though he always considered himself a poet first and foremost. His unorthodox views resulted in his expulsion from the pulpit relatively early in his life, at which point he pursued his writing career with fervor.
He wrote sermons, essays, fantasy, and romance novels. His works inspired many great authors: G.K. Chesterton (“[MacDonald is] one of the three or four greatest men of the 19th century”), W.H. Auden (“[MacDonald is] one of the most remarkable writers of the 19th century”), Oswald Chambers (“how I love that man!”), and most notably C.S. Lewis.
C.S. Lewis first read MacDonald’s book Phantastes when he was still an atheist, and was so inspired by that and consequent works that he cited MacDonald as a major reason for his conversion to Christianity. Lewis’s spiritual debt to MacDonald was so profound that he wrote an entire anthology of quotations by MacDonald, and included the writer as a character in his novel The Great Divorce. The Christian author Oswald Chambers wrote,  “it is a striking indication of the trend and shallowness of the modern reading public that George MacDonald’s books have been so neglected.” Though many of the authors he influenced have remained wildly popular today, MacDonald himself remains relatively uncelebrated.
In The Hope of the Gospel, George MacDonald writes about what it means to be a Christian, and how the Gospel is a source of never-ending hope for sinful humans. In this book of essays, we step into the mind of a Victorian preacher as he explores his interpretation of scripture. George MacDonald spent his whole life searching for truth and trying to better understand the things of God – his writings are a beautiful testament to that.
Notable quotes:
“The Lord has come to wipe away our tears. He is doing it; he will have it done as soon as He can; and until He can, He would have them flow without bitterness; to which end He tells us it is a blessed thing to mourn, because of the comfort on its way.”
“Light unshared is darkness. To be light indeed, it must shine out. It is of the very essence of light, that it is for others.”
“Foolish is the man, and there are many such men, who would rid himself or his fellows of discomfort by setting the world right, by waging war on the evils around him, while he neglects that integral part of the world where lies his business, his first business, namely, his own character and conduct.” 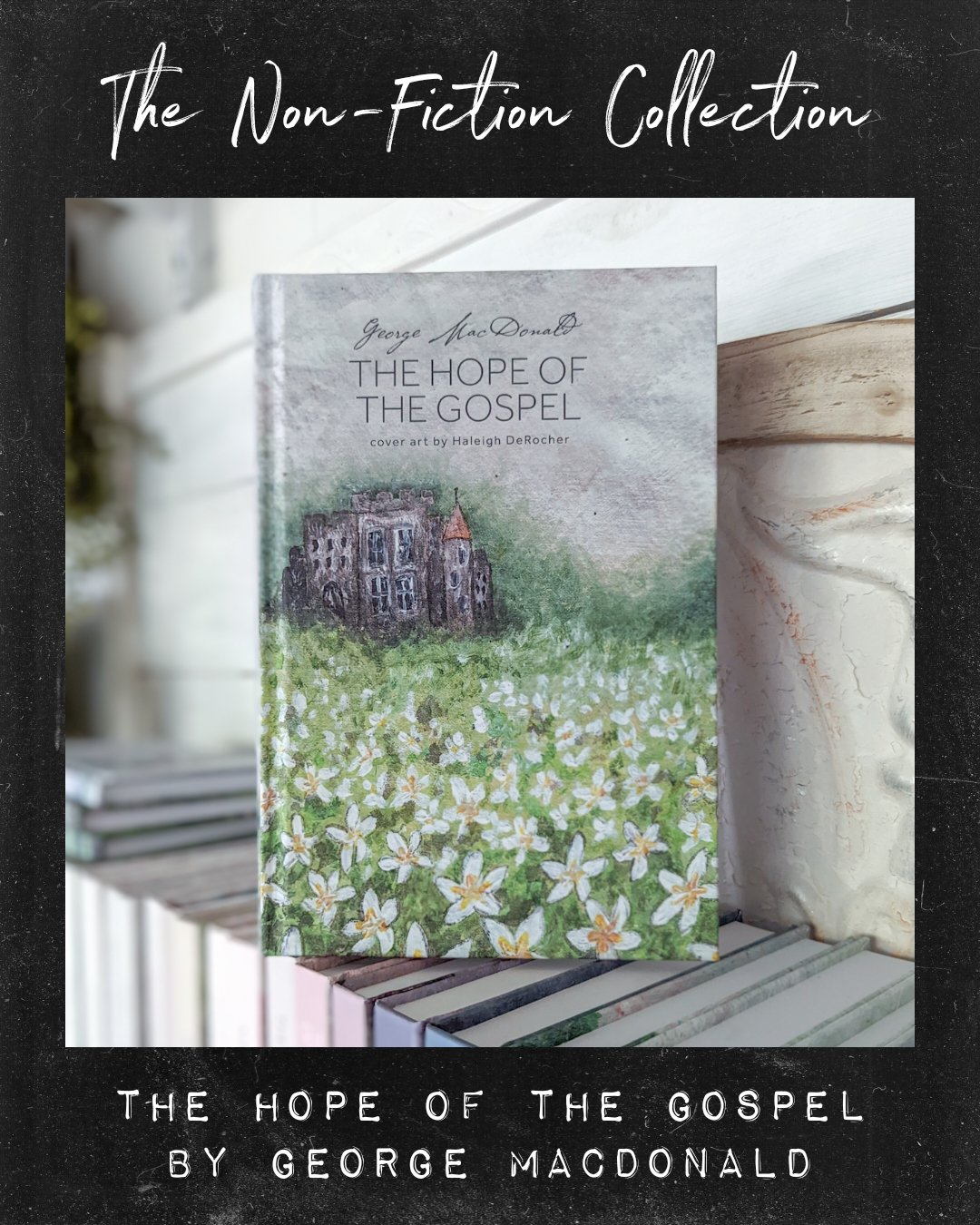 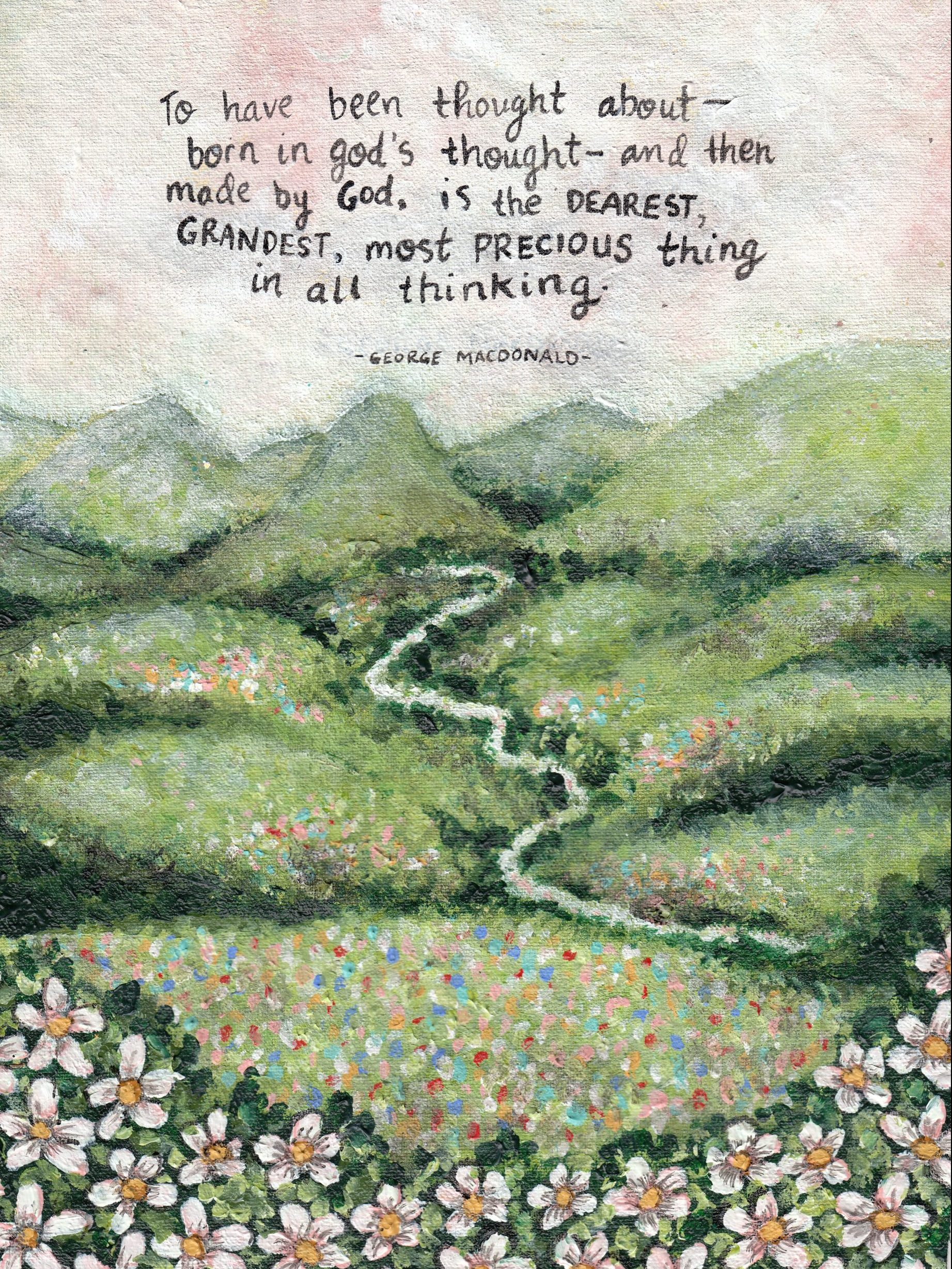